After Leplandian victory in ISCC 9 with a song "Heaven" by Gregorian and Amelia Brightman, it was decided that Saint Eva & Lepland will host ISCC 12. Woodchester was selected as a host city.

Seventeen countries confirmed their participation.[1] However, only 16 countries ended up participating, as Amsteris withdrew in the last moment. 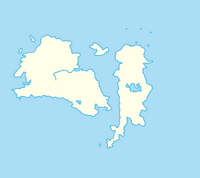 Whilst a decision from the remaining IBU Active Members has yet to be announced, the following list of countries have announced their decisions.