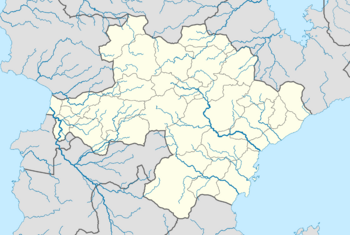 Rhea
Location of the host city.

It was the second consecutive time that the Internatia Second Chance Contest was staged in Gandhara. The contest was held at the Minna Theater in the city of Rhea, that previously hosted the Outernatia Song Contest 9 and has a capacity of approximately 17,000 seats. There were rumours about other possible host cities, but the only concrete bid to host the contest came from Rhea.

On 13 December 2015, Gandhari public broadcaster RTG announced Rhea as the host city for the contest.[1] Rhea had proposed three different venues in its bid on hosting the contest. RTG ultimately chose for the Minna Theater, located in the city center and nationally known for staging several editions of Nights of Gandhara. 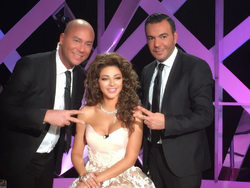 The contest contisted of one final, with fifteen countries participating. Each participating country had their own national jury, who gave 12 points to their favorite song, 10 to the second best, then 8 to the third, and so forth until the tenth-best ranked song received a single point. The draw for running order was held on 3 January 2016 in Rhea, with Nicolas' Neighbour opening the show and Irdminia performing last.[2] The contest was open to non-winning songs that participated in a national final. Even if a national final was cancelled, songs from that national final were eligible to enter. Also when a song won a national final, but wasn't sent to a contest, the song could still participate.

The official rules of the Internatia Song Contest were followed. During the Internatia Song Contest, in the event of more than one country scoring the same total number of points, a count is made of the numbers of countries who awarded points to each of the tied countries, and the one who received points from the most countries is placed above the other tied countries. If two or more countries are still tied, the sets of maximum points (12 points) each country received is counted. If there is still a tie, the numbers of 10-point scores awarded are compared, and then the numbers of 8-point scores, all the way down the list. In the unlikely event that there is still a tie between two or more songs, the song that performed earliest in the running order will be placed above the other tied songs.

On 3 January 2016, the presenters of the contest were announced. The contest was presented by Myriam Fares, winner of the 5th edition of Nights of Gandhara and the Outernatia Song Contest 7, together with television presenters Raja Nasser Eldine and Rodolph Hilal, hosts of the popular television show Al Mouttaham.

All eleven participants from the previous edition entered, while three countries returned and one made its debut, bringing the total number of entries to fifteen. Folkloria competed for the first time. Nicolas' Neighbour returned after a brief absence of one edition, while Hanzyuki and Kaledonii participated for the first time since the 21st edition.