For the first time the contest won't be held in a winning nation of previous edition, as Monteverde declined to host due to financial and time reasons. As a runner-up, Tikata then had a right to held the contest, but they refused too. Eventually it was Irdminia, after scoring a third place, who agreed to host and the city of Öö was chosen to be a host city. 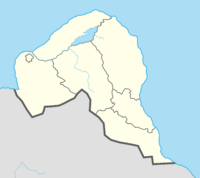 On 16 November 2013, ITVR, the Irdminian broadcasting company announced that the Nord Arena in the city of Öö will be the venue for the contest. Öö is the fourth largest city in the continental Irdminia, the capital of the Avnsartu region and the main city in the north of the country - furthermore it is the northernmost city in Irdminia.

Nord Arena, with a capacity of 14,700 spectators is the second largest indoor arena in Irdminia. It has held such events like the final of Ice Hockey International League or Volleyball Championship Final. It was also a host venue of several concerts of artists such as GloZell Green, Hollywood Undead, Marzia Gaggioli or Kristina. 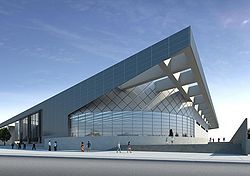