From escforumwiki
(Redirected from Beige)
Jump to navigation Jump to search

The United States of Beige (USB), commonly referred to as Beige, is a country located in northeastern Internatia. It is bordered by Spirevo to the southeast, the Evergreen Lands to the north, and Pebbleland to the east and west. It is the 6th most populous country in Internatia and 12th largest in terms of area (well it was the last time I bothered to check).

Beige is situated on the Avantia continent, covering an area of 265,876 km². The country is bounded by Spirevo to the southeast, the Evergreen Lands to the north, Pebbleland to the east and west, and the Silent Sea to the southwest. To the north and south of the plateaued central landscape lies two mountain ranges. The Sijaric mountain range is one of Internatia's highest mountain ranges, stretching along the border between Beige and the Evergreen Lands. The northeastern lowlands is separated from the rest of the country by the river Meijar. This area has a network of hundreds of small towns and villages which are heavily reliant on the extraction of natural resources, such as timber, copper and silver. The flat southwestern landscape has allowed for extensive farming activities as well as urban development. 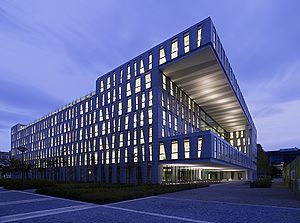 Beige is a federal republic with a parliamentary system of government. Neutrality is the cornerstone of the country's foreign policy, so much so that the international community believe that Beigeans are completely oblivious to foreign affairs, which is indeed correct. Each state is divided into municipalities, the number of which is determined by the population of the state. The municipal councils are responsible for matters such as planning, road maintenance and sanitation. The state authorities have been given a significant level of power, presiding over areas such as taxation, education, health, and safety. They also oversee the Beige Border Project in their jurisdictions, which promotes cross-border cooperation in planning and development between states as well as with some neighbouring countries. 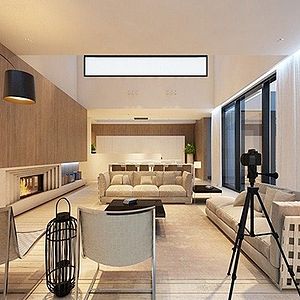 Exports contribute significantly to the Beigean economy, which is extremely specialised in nature. The country is Internatia's largest exporter of contemporary furniture and decor. The extensive range of "safe" colours has uncomplicated interior design for "stupid" people. Raw materials are sourced in northern states, which are then transported to southern states for manufacturing. Products are subsequently sold to the increasingly urbanised domestic market, as well as exported to other coordination-conscious markets abroad. Headquartered in Tuscan City, the BeigeSMART Design corporation, which is the city's largest employer, hopes to revolutionise interior design through the development of furniture and decor which automatically adapts to every environment. As a result of such exciting developments, Tuscan City has attracted significant inward investment from R&D companies unconcerned by more pressing issues. Wind energy is another important export, the majority of which is generated in large wind farms across the topographically uninteresting central plateau. The two main sources of water is the river Meijar as well as the eight desalination plants constructed along the coast.

The population of Beige is 38,875,690. The country is divided into 15 states, each of which are represented on the country's flag, with the large star in the center representing the State of Tuscan. Each state also has its own official colour. Most of the country's population is concentrated along the southwestern coastal areas, particularly in and around the metropolitan area of Tuscan City, which consists of four states: Tuscan, Almond, Faun, and Ivory. Tuscan City itself has a population of 5,167,921, while its metropolitan area has a population of 21,545,405, comprising 55.4% of the country's entire population. This area has experienced rapid population growth in recent years, mainly because it is where everything is, with the population in states further north remaining relatively stable. However, in the far northeast of the country, the states of Blond and Khaki, which are collectively known as "the nation's hemorrhoid", have experienced population decline, falling by 4% and 5.6% respectively since 2008.

Radio Television Beige (RTB) is the country's public service broadcaster. Beige made its debut in the 13th edition of the Internatia Song Contest.