Once upon a time, the aboriginal people of the nation had had their island attacked by strong armies coming from the mainland who wanted to take over. A war had lasted for two years and aboriginals had managed to win. However, tradition had changed and the army had left a big impact on it; new language, new fashion, new culture. The nation has been renamed from "Mwkhhak" to its current name "Chruno" and for the first time, the national elections had been held. Krikki Manlolo, a member of the army, was chosen for a president. Considering all the people had been unlettered, a few foreign teachers and politics were called by the president in help. They helped build the first school, the first university, made the first actual political system in the nation, made the parliament, started working on economic status, as well as many other important resources. As the number of people who wanted to have higher education started to grow, more and more educational institutions were being built. After 10 years at the top, Manlolo died in an accident on his way to Lost Islands. 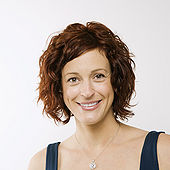 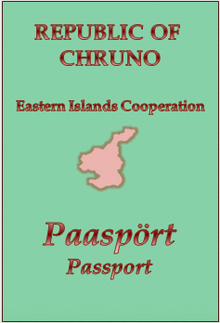 Passport of Republic of Chruno

Chruno has been neutral throughout the wars in Internatia and is today a politically neutral nation. It's a parliamentary republic, where the president is head of the nation. The elections take place every 3 years and everyone who has lived in Chruno for the last 5 years and is over 16 years old can submit their votes (it's not necessary to have the citizenship). The president names the ministers. The previous Chrunian president was Mrs. Savannah Chikrunki. On January 19 the current President, Marléne Metten, won the elections. The parliament consists of 5 main parties: SPF (Solidarity Party of Chruno), CTB (Chruno The Best), The Greens, LDC (Liberal Democratic Party of Chruno) and The Pinks. All the main institutions are located in the capital city of Chruno, Yottobán. Chruno is a member of EIC (Eastern Islands Cooperation) together with Lost Islands and Spitzenbergen, whom with good political relations have been kept over the years. Women have the same rights as men and discrimination on any basis is not allowed. National holidays include July 12 (President Day), November 17 (Day of EIC) and February 25 (Compromise Day). Chrunian presidental elections took place on January 10th and 19th, ending up The Pinks' victory (Marléne Metten).

The relations between Chruno and other Internatian states are mostly good. Embassies are located in the capital city of Yottobán. However, a few Internatian countries do not have their representers in Yottobán, e.g. Grolskira. Visa policy of Chruno was published on the government's official site on October 30, 2015. 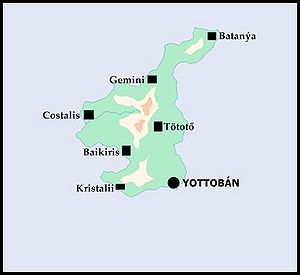 Chruno is an island situated in the southeastern part of the continent, quite far away from the mainland. With its 57,695 citizens, it is not very crowded. The coast is flat whereas the central part of the country is mountainous. The highest peak is Betéli. From there, the town of Tötotő can be seen very well. Due to the relatively high temperatures in summer (~35°C) and mild temperatures in winter (~17°C), tourism has become one of the main economical sectors all over the country. Agriculture is developed in the flat parts of the heartland, while industry is based around the biggest cities. All products are delivered all over the continent using the ports on the coast and by plane. 4 airports have been built - in Costalis, Batanýa, Tötotő and, of course, Yottobán. There have been talks about building another one in Gemini, but no official announcement has been given. The longest river originates on the mountain and goes through the country, then it finally ends its flow on a delta with the ocean. Fishing is allowed and is situated around the river. Just a few kilometres eastern, Lost Islands set up its border.

Yottobán, the capital city of Chruno, is political and economical center of the country. It's situated on the southern part and is the biggest city in the country by both surface and population. Yottobán is also the southernmost capital city of Internatia, making Chruno the southernmost nation. A highly developed culture and night life as well as beautiful beaches attract many tourists in all seasons. Sightseeing includes the castle of an ancient king, first university, the presidental residence and at Christmas time, Christmas markets are opened in the whole city. Yottobán has a well-developed public transport system. Main railway station connects the capital city with other big cities, underground trains are fast and punctual and so are busses and trams. Currently there are 3 metro lines, the 4th is being built. The port on the coast is one of the biggest ports in Internatia and a big economic factor. Youth has a big choice of clubs and most parties are held on weekends.