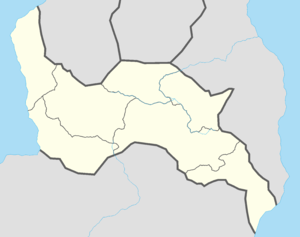 Dalistra
Location of the host city in Alexandria.