Nicolas' Neighbour, officially the Princedom of Nicolas' Neighbour and NN in short, is a sovereign state in South-West Internatia. It is one of the island states of Internatia, lying on the Lucasina Island which it shares with it's only Neighbour, Territrius Other then this land border NN is surounded by seas. The West Cordvernian Sea to the West, the Toirrean Sea in the North West and the Algosorian Sea to the East. In the south it is seperated from mainland Codvern by the Strait of Vesteros. With an area of 136,815 square kilometers NN is considered as a middled-size country, but it is very sparsely populated country. This is due to the fact that big parts of the innerland are hostile and not habitable. As a result NN has a very small role on the International scene and is often forgotten by Internations in other countries.

Due to its hostile inland several independent kingdoms arose during earlier times. When these countries started to look outward an era of war, diplomacy, coups and alliances began, which lasted for centuries. In the end all kingdoms were united, with the kingdom of Banida as the Dominant kingdom, although all kingdoms kept some kind of independency in the newly founded Princedom. In the late 19th century the demand for a democracy rose, resulting in the transition to a parliamenty Princedom. Future looked bright for the new democracy, the economy was booming, prosperity was increased and people were happy. Until the day that out of nowhere the Nationalistic Neighbourian Party started a revolution. They claimed that both the government and the Prince were unrightfull rulers and that they had brought Sin and Terror to NN. They claimed to bring NN on the rightful path again. After a bloody civil war that last for 4 years, The Nationalistic Party took control and ruled with an Iron Fist. Most of Internatia was unaware of the troubling concern of NN, especially because NN withdrew from all major events and cut diplomatic ties with all countries.

After 34 years, the Neighbourian People rose against there rulers and NN became a democracy once again. Currently the country is in a state of reorganization and recovery after so many years of pain and terror. It has re-entered the diplomatic arena and takes great part in taking part in international sports event such as INterbasket and the Internatia Cup as well as the ISC. Economically, NN has a long way too go as well, as it has to adept to the open markets. NN is recognized as one of the poorer countries in the world, although it economic growth over the years has been better and more stable then expected. This is also thanks to some countries in Internatia, who came to help after the revolution and have been supportive ever since.

NN is a federal constitutional monarchy. The head of state is the Banidan Prince, a title that is heriditary and passed on from father to his oldest child. The prince has soley a ceremonial role though, and the real political power lies with the parliament. NN has 2 chambers, the "lower" Assembly chamber and the higher "Senate" chamber, which together form the parliament. The assembly consists of 120 members, the senate of 60. Assembly members are chosen country wide, which means the whole country counts as one district. Senate members are chosen at the regional level, with each region receiving seats based on their total population. The two different voting systems are in place in order to make sure both national and regional interests are protected. In general, the Assembly has the more powerfull and leading role, while the Senate is more an organ of checking and reviewing. The government is formed out of the Assembly, where parties require a majority of seats in order to govern. The Prime-Minister usually is the leader of the leading party in the government, and is de facto the leader of the country. The current system has only been in place since 2002, when the nationalist government was overthrown after 55 years. After a year of national goverment, representing all neighbourians as a whole, first free elections were held and the first elected parliament since 1946 was chosen. The Assembly has elections every 4 years, the most recent one being in 2012. The Senate has elections every 4 years as well, but exactly 2 years behind assembly elections. Senate elections always run equal to Federal elections. A lot of power is decentralized in NN, with the 6 states taking care of a lot of goverenmental tasks. The federal government has full responsibility in the areas of military & police, law and infrastructure. In other areas it has only a controlling or directing role, such as health care and education, where it sets the standards and rules, but where the 6 states themselves are responsible for execution and enforcement. 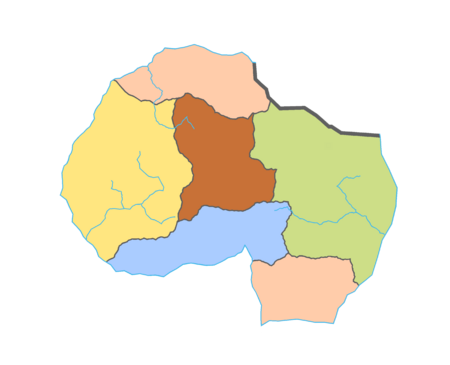 NN has an estimate populaton of 1,938,641 people, which makes it one of the least populated and most sparesly populated countries in Internatia. The main reasons for it´s low population is the hostile environment in the country, especially the inland, which make agriculture hard and have kept NN population low for centuries. The more current reason however is the Blue revolution, which killed about 300,000 people. After the coup growth rate kept low.

Fertility rate however saw an sudden upsurge after the fall of the Blue Regime, and with 3,07 children per woman NN has one of the fastest growing populations in Internatia. The country has an emigration rate of 0,08 per 1000 inhabitants, a number that is not very significant. 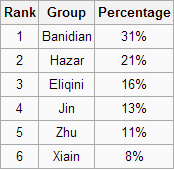 Table of ethnicity groups in NN

The country´s population is for 94,7% Neighbourian, which makes it a very homogenous country. However, this `ethnicity` falls apart in 6 smaller groups who all see them self as distint and different from the other groups. These 6 groups have inhabited NN as people can remember and they all played an important roll in NN history. The 6 ethinic groups are: Banidan, Xiain, Jin, Zhu, Elqini and Hazar. Each group has its own tradition and culture, which has lasted for centuries. The last centurie however has seen more of mixing the 6 cultures as ever before, as well as culture coming from outside the country, which has blurred the lines between the 6 groups. The 6 federal regions have been mainly based on these 6 groups, which leads to all states being strongly dominated by one ethnic group. Therefore, in order to protect all citizens in every region, there are strict non discrimatory rules in place. Two exceptions on this rule exist. First of all there is the region of Orizida, which is shared by Jin and Zhu, and the regions of Arzubia and Konicha, which are both dominate by Elqini.

The Banidian ethnicity is regarded as the dominant one in NN, being the largest and inhabiting the most important region. The Xiain and Elqini are both regarded as most distinct, the Xiain for their strong traditions and music, the Elqini because of their generally unfriendly stance against the other 5 groups, and they like to see the world as them against the rest of the country.

Only a smalle pergentage of NN inhabitants is Immigrant, 5.3 %. Most of them come from the neighbouring countries Territrius (0.8%) and Keohretcha (1.3%). The other 3.2 % come from other countries or their origin is unknown. Emigration from NN mainly goes to either those 2 countries or the Symphony Isles, which is popular for economic reason. People of Neighbourian ancestry can be found in these 3 countries and in Aonach and Sunetti. 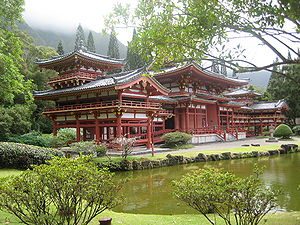 NN is a religious country, which is often explained by the nature of the country. The climate is harsh, the nature is always present and its power can be overwelmhing at times. In order to have something to hold onto, the people of NN turned to religion, and kept it in their hearts ever since. Even during the blue revolution, when religion was looked at with suspicion by the leaders, people held on to their faith. Confusianism (17%), Buddhism (38%) and Nature Relgion (5%) are the biggest relions in NN, with another 25% of the people believing in something/a mixture of religions and 12% not believing at all. Religions like Chrisitanity and Islam never got a foothold in NN, partly because there has never been a big attempt to convert the country and also because of the strong ties that already existed with other relgions.

Nature religion is by far the oldest religion in NN, and has been practiced for more then 3000 year. Though it's relevance has been diminished for a lot of people since modernization, there are still a few people in NN that practice Nature relion on the traditional way, honouring the gods for everything that happens in the world, from rainfall to rockslides. The big majority of followers however follows a more modern version of the religion, which is centered on the relation Human-Nature and the importance of Nature in everybody's life.

Buddhism and Confusianism were later introduced in NN. Buddhism came first and was and still is popular on the countryside. Confusianism was more practiced by people in the cities and particularly liked by Princes and the aristocracy, who actively started to spread the religion. Although urbanization also took place in NN, buddhism is still popular and the amount of followers even increased in the last years, including many city people converting to the religion.

Over the last decades, starting from 1900 NN has slowely urbanized, and Urban population rose from 17% to 63 % in 2010. This trend is slowing down but has not yet finished yet, and it is hard to predict when and if it will stop. The capital Baus-Ia and Port Cities Funsan and Li'jan have seen the largest increase of population over the last 100 years, making Funsan from a small regional town to the largest city in the country. 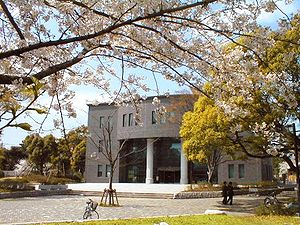 After being the main focus for the government ever since democracy came back in Nicolas Neighbour, Education has seen major steps forward. School attendence rose to 92%, and the numbers of students who finished primary and secondary education have increased as well. This is one of the biggest achievements of the last 2 governments and have been aplaude nationally and internationally. Education in NN exists of 7 years of Primary school, starting when the chil is 5, and either 5 or 6 years of Secondary school. Primary school is equal for everybody, but afterwards students have 3 choices: they can either pick level 1,2 or 3. Level 1 is focussed on theoretical material mostly, with focus on learning from books and written exams. Level 3 is mainly focused on pratical material, learning is based on experience and exams are mostly pratical. The government makes sure though that all students receive some pratical and theoretical education. Level 2 is a mixture of both ways, being 50/50 in practical and theoretical material.

About 6% of Students go to a University, the others either get more job focused education, learn a craft or just start to work. The number of University Students steadily increases though and is expected to break the 10% level in the comming 10 years. The Biggest University of the country Is UBA, the University of Baus-IA. Other important universities can be found in Xi and Azhan, which are both notorious for their big student population and are seen as student cities. Although not many students used to go abroad to study, this popular trend has also reached NN and more and more students are seen leaving to other countries. A big majority of students goes abroad to Aonach, mainly due to an agreement made by both governments to promote student exchange between the two countries.