The Pen Island is an island founded not so long ago by its founders, Jack and Finn Harries, out of pure boredom. The island's history can be called anything but rich, so to make up for the island's historical shortcomings, the Penilians work hard in order to write history. Now that the island is flourishing under the joint forces of founders Jack and Finn, king Colton and president Francisco, they came to the conclusion that the next step in showing the island's efforts to Internatia, would be joining the Internatia Song Contest. The Penilian Entertainment Network was established and would be responsible of the entertainment industry on the island and everything concerning the Penile participation in ISC in particular. Every year all demi-presidents of the 12 districts of Pen Island come together to choose a suitable representant to wave the island's colours at ISC. This usually happens internally, in order to surprise Internatia, but exceptions have been made in the past!

As of the summer of 2014, the Pen Islandic royalty consists of 3 co-princes: Kendji Girac, Emis Killa and Ayneed.

Some more info on the 12 regions of Pen Island:

This is were most construction workers come from. If you see buildings, roads etc. on the island, you can be sure it has been constructed by citizens of Verdzi. Because of their hard work their physique is outstanding and, not entirely surprisingly, most famous sportsmen and women come from this part of the island.

The financial section of the island is in good hands with them. K'uronians are the founders of the banks of the island, they know when a Sept should be spent (or not). They are one of the kindest and cosiest people and in their disctrict you'll find shelter, but don't hurt or betray them or you'll get evicted out of their homes and lives and never be let in again. Expect no mercy.

The fact that the head of PEEN originates from this district says it all. Wether it's on or behind the scenes, Marchbivi people are bound to have something to do with it, both when it comes to entertainment or more serious journalism. A great part of them are linguïsts, dedicating their time to unravel the mysteries of other languages spoken in Internatia. Moreover, given their talent to play with words, some of the best lawyers in Pen Island are Marchbivian.

When a K'irchkhibi takes care of you, you're in good hands. They were the first one to see the need for daycares, homes for the elderly and all care you might need in between. Home is their keyword and it may not surprise you a lot of home decorators are found among them.

The true Samaritans among the Penilian people. Although this is quite a wealthy disctrict, they got the hugest of hearts and will never hestitate to help someone in need. People who aren't doing a lot for charity are mildly frowned upon here, they make sure everyone gets what they deserve.

If you visit your local doctor, you can bet he has been born in Kalts'uli. They dedicated their lives to perfectioning healthcare and, given they're the most meticulous of Pen Island's citizens, your life is in the best hands one could wish for. A great deal of lawmakers can be found here as well.

Whereas Kalts'ulians are the ones wording the law, Sasts'orians are the body of the legal system. Many Marchbivian lawyers try hard to move the minds of the ever fair Sasts'orian judges. It might take them some time to come up with a final decision, but when it's done, it's final, because there's no way a Sasts'orian hasn't thought literally everything through.

You don't even dare think escaping the preying of a Ghriank'alian. They know what you've done and as many of them make up the police force of the island, you'll be in the jails they built themselves in no time. Their aim is to let no crime go unpunished, to make Pen Island, a safer island.

If you've been taught something by a Mshvildosani, you've been taught well. Most of them become teachers, completely in synch with their remarkable talent to pass on knowledge. Out of all citizens, these people have seen most of Internatia. These are people you actually want to listen to, as every sentence they produce, is a new adventure.

More than half of the parliament is made up out of these citizens. They are the most serious of all citizens, who seem to have been born with a sense of responsibility and ambition. They try to give Pen Island a sense of security.

The mad scientists (as if there are any other) of Pen Islands. They are the inventors and creators of the islands. The medicines prescribed by Kalts'ulians are made by them and the knowledge passed on by Mshvildosani has been found out by them. They are highly excentric, but well respected and if you get to know one, you'll have a hilarious friend for life. The best composers of the island are found here and as music is a vital part of people's lives on the Pen Island, they are hugely looked up to.

People of Tevzebi feel highly responsible for nature and the environment. They dream of a better world and in the goodness and kindness of people. As a friend they are the most supportive kind and they are the sweetest lovers. No bouquet goes into stores without the loving hands of a Tevzebi having touched them and you can be sure perfume and chocolate on the island have their magic touch. They are the glue that holds the Pen Is. together. 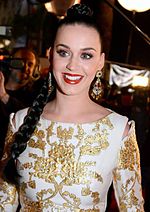 Pen Island made their debut in the 17th Edition of the Internatia Song Contest.

In ISC 17 Pen Island entered as debutants after surviving being in the Waiting List. They chose Katy Perry to represent Pen Island with her hit "Unconditionally". That guaranteed their debut qualification as they placed 7th in semi with 70 points and that was enough to make it. In the final, Pen Island scored 94 points and reached 15th place.

The edition after, Pen Island held their first national final ever including "Nebo" by Max Barskih, which went to ISC next edition. The winner of national final was Faydee ft. Lazy-J and their song "Laugh 'Till You Cry". Unfortunately, Pen Island failed to qualify by placing 25th (second last) with just 11 points.

Pen Island held yet another national final for ISC 19 consisting just of 2 songs, and Jaymes Young's "Stardust" won the "duel". Pen Island was accused of being unfair, because this country "voted in Semi Final 2 a lot of minutes after deadline" and qualified afterwards. Tjärsklanjska and Sockistan became outraged because of this unjustice, because they failed to qualify to the final by just a couple of points. Had Pen Island been disqualified for not voting, Tjärsklanjska would've qualified instead.

Next edition, which was ISC 20, Pen Island sent Dawid Kwiatkowski with "Na Zawsze" and guaranteed the outrage of some countries because, as Ova Anova explained, it was just "trying to invent poor man's Bieber". This didn't made Penislandic result better - they placed 24th in the semi with just 18 points and failed to qualify.

For ISC 21 Pen Island sent James Arthur with "Recovery", which came close to qualify, but that didn't upset Penislandians much after it was revealed that Hanzyuki, who reached 12th place in semifinal 1 with just one point ahead Pen Island, gave Pen Island their 12 points.

For ISC 22 Pen Island sent Aram MP3 with "If I Tried". The song qualified but Pen Island reached bottom 3 placing in final. Next edition Adham Nabulsi and "Ossetna Kholset" went to represent Pen Island but unfortunately failed to vote. Had Pen Island voted, they'd either qualify or end up borderline and miss the final.

Pen Island sent Wyke van Weelden to ISC 24 with "World Of Blue" and almost qualified once again, but according to TV, this song qualified the whole time until last set of votes came in. The following edition The Pierces were sent for the 3rd time in ISC with "Kings" and made Pen Island proud because they won that edition, therefore ensuring best Penislandic result ever in ISC and allowing Pen Island to host Internatia Song Contest 27.

The Pierces, who represented Pen Island in ISC 25 and won

The edition before Pen Island's hosting saw fresh new star on the music scene - Kendji Girac - as Penislandic participant which had great chances to qualify with his new uptempo tune called "Color Gitano". Sadly, it did not qualify because PEEN failed to submit votes yet again.

Edition 27 saw a Pen Islandic hosting with some hiccups, but Pen Island managed to pull it off, the joy of hosting totally overshadowing the 26th place on home soil. The subsequent edition Pen Island failed to qualify to the grand final co-hosted by Chruno and Bubblique.

Pen Island has seen very mixed results since, making the final on a few occasions, with Aminata's 9th place in ISC 36 as a highlight.