Pinnipedia officially the Republic of Pinnipedia (Spanish: ‎República de Pinnipedia; Romanian: Republica Pinnipedia), is a sovereign country located in Outernatia, occupying the Pinnipedia Peninsula. Its sole land border is with Spinachia, with the rest of its territory surrounded by the Libussian Sea, the Sotisian Sea and the Swarogian Sea.

Pinnipedia has three official languages: Spanish, Italian and Romanian, they are the native languages of 80.2%, 15.5% and 4.3% of Pinnipeds respectively. 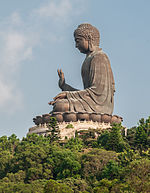 Pinnipedia's prevalent religion is Buddhism, which is an integral part of Pinniped identity and culture. According to the 2017 census, 80.2% of the country's population self-identified as Buddhists, 19.0% of Pinnipeds described themselves as having no religion and 0.8% as followers of other religions.