Raingate consists of 9 provinces; Princeland, Sunshine Coast, Auridon, Winterhold, Cambria, The Vale, Alik'r Desert, High Rock and The Rift. Its capital city Solitude, located in Princeland, is one of the most urbanised cities in western Outernatia and is an important global city and financial centre with an urban population of 1.5 million. Raingate also has three overseas territories; Queensland, Raingate Ocean Territory and Dawnguard & Duskfall. 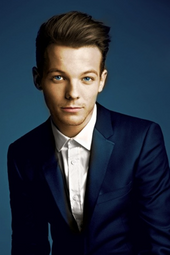 The basic political system in Raingate is a constitutional monarchy and parliamentary system with Prince Louis Tomlinson as the head of state. The monarch has "the right to be consulted, the right to encourage, and the right to warn". The Constitution of Raingate is "unwritten" and consists mostly of a collection of written sources, including statutes and judge-made case law, together with constitutional conventions and customs. As there is no technical difference between ordinary statutes and "constitutional law", the Raingatian Order can perform "constitutional reform" simply by passing Acts of Order, and thus has the political power to change or abolish almost any written or unwritten element of the constitution. However, no Order can pass laws that future Orders cannot change.

Raingate has a unicameral government know as The Order and it meets in the Royal Chambers of Solitude, Princeland. All bills passed are given Royal Assent before becoming law. The position of prime minister, Raingate's head of government, belongs to the person most likely to command the confidence of The Order; this individual is typically the leader of the political party or coalition of parties that holds the largest number of seats in The Order. The prime minister chooses 8 members within their party and appoints each of them as a leader of one of the 9 provinces of Raingate. By convention, the prime minister is always the leader of Princeland Province. The prime minister and the appointed leaders in The Order are formally appointed by the monarch to form the government of Raingate. Conventionally, the Prince respects the prime minister's decisions of government and has never overruled laws passed by the Order. 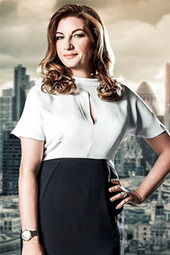 The current Prime Minister is Karren Brady, who has been in office since Raingate's general election on the 15 April 2010. Brady is the leader of the Raingate Conservative Party. For general elections, each of the 9 provinces in Raingate are split into several constituencies each representing a seat in The Order. The total number of constituencies and therefore seats in the Order is 155. The people in each constituency elect a single Order Member (OM) by simple plurality. The party with an overall voting majority (more seats than all the other parties combined) following an election forms the government. If no party has an outright majority, parties can seek to form coalitions with other parties until an overall majority is achieved. General elections are called by the monarch when the prime minister so advises. The Parliament Act 2010 requires that a new election must be called no later than 5 years after the previous elections.

The Royal Chambers of Solitude, location of the Parliament of Raingate.

The Raingate Conservative Party is Raingate's main political party and represents the Raingatian values of socialism and civil liberalism. The other main parties include the Centre-Left Covenant, the Afrikaans Alliance, the Green Party, the Winterhold National Party and the National Front.

Legislative power is vested in the Order of the Raingate which consists of 101 members. Majority approval from members of the Order is needed to pass legislation.

The members of the The Order are elected every 5 years. The 101-seat Order is elected directly through the proportional representation system whereby each constituency elects a set number of members to represent them in the Order. The number of constituencies, and therefore order members, per province is determined by the population density within that province. For example, the most populous province of Princeland is split into 25 constituencies (or seats) in The Order, while the least populous province of The Rift 3 representatives in The Order in comparison.

Following the most recent general election in June 2015, the current prime minister is Karren Brady of the Raingate Conservative Party. The majority of The Order is made up of members from this party.