Kimmystan (officially the Kingdom of Kimmystan is a sovereign state located within the northern part of Outernatia. It is bordered by Dulcet Ebullience and Radamede in the east, Xara Khanate in the west, and Monteverde in the south. It has a population of around 14.5 million people and it has an area spanning 26,1625 kilometres squared.

Kimmystan is a Kingdom and the current Kimmystanian King is Kim A. F. Karlsen, and he has ruled the country since the age of 15, when his mother (the former Queen of Kimmystan) Tove died tragically in September 2006. Kim was chosen as the king by the people due to his charm and kindness and he wields immense political power. Although he controls most of what is happening in the country, the people are very happy and look up to their leader.

Kimmystan ranks highly in many international comparisons of national performance, such as quality of life, health, education, protection of civil liberties, economic competitiveness, equality, prosperity and human development. Although it is not a founding member of the Outernatian Union, they are going to apply to join the union. Kimmystan maintains close ties with the Outernatian Union and the countries of Internatia.

The country maintains a combination of market economy and a Nordic welfare model with universal health care and a comprehensive social security system. Kimmystan has extensive reserves of petroleum, natural gas, minerals, lumber, seafood, fresh water, and hydropower. The petroleum industry accounts for around a quarter of the country's gross domestic product. The country has one of the highest per capita income in the world, and on a per-capita basis, it is the world's largest producer of oil and natural gas outside.

Kimmystan has both administrative and political subdivisions on two levels: counties and municipalities. The Kimmis have a certain amount of self-determination and influence over traditional territories through the Kimmis Parliament and the Kimmis Act. Kimmystan consists of 9 regions. It's capital city Nordfjord is located in Fjörðr and is one of the most urbanised cities in this part of Outernatia. Nordfjord is an important global city and financial centre with an urban population of 2.1 million. Most of the country's embassies can be found in this city. 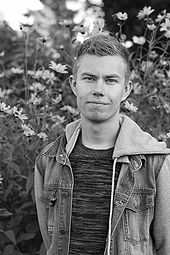 The Monarch is commander-in-chief of the Kimmystanian Armed Forces, and serves as chief diplomatic official abroad and as a symbol of unity and peace. The monarch was crowned King of Kimmystan in 2007 after the tragic death of his mother, Queen Tove of Kimmystan.

In practice, the Prime Minister exercises the executive powers. Constitutionally, legislative power is vested with both the government and the Parliament of Kimmystan, but the latter is the supreme legislature and a unicameral body. Kimmystan is fundamentally structured as a representative democracy. The Parliament can pass a law by simple majority of the 169 representatives, who are elected on the basis of proportional representation from 10 constituencies for four-year terms. 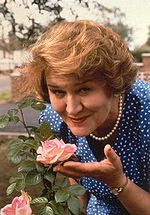 The Prime Minster of Kimmystan

Politics in Kimmystan take place in the framework of a parliamentary representative democratic constitutional monarchy. Executive power is exercised by the King's council, the cabinet, led by the Prime Minister of Kimmystan. Legislative power is vested in both the government and the Storting, elected within a multi-party system. The Judiciary is independent of the executive branch and the legislature.

The Parliament of Kimmystan, called the Tinget (meaning The Assembly), ratifies national treaties developed by the executive branch. It can impeach members of the government if their acts are declared unconstitutional. If an indicted suspect is impeached, Parliament has the power to remove the person from office.

Tinget is the supreme legislature of Kimmystan, established in 1780 by the Constitution of Kimmystan. It is located in Nordfjord. The unicameral parliament has 169 members, and is elected every four years based on party-list proportional representation in ten plural member constituencies. (the ten regions of Kimmystan). All of the inhabitants that are 16 or older have the right to vote in the elections being held in Kimmystan.

150 are elected directly from the 10 constituencies, and an additional 19 seats ("levelling seats") are allocated on a nationwide basis to make the representation in parliament correspond better with the popular vote for the political parties. A 4% election threshold is required for a party to gain levelling seats in Parliament. There are a total of 169 Members of Parliament.

The diplomatic foreign relations of Kimmystan are intergovernmental relationships between the Kimmystan and other sovereign states. Kimmystan established formal diplomatic relations with many countries.

Modern Kimmystan is considered to be a regional and middle power, with significant cultural, economic, and political influence. It has extensive mineral and energy resources and is one of largest producers of oil and natural gas globally.

Although Kimmystan has been a neutral state during most of its history, it will become a member of the Outernatian Union and the Union of Sovereign States. Its strong economic and political position gives Kimmystan a growing international influence and a prominent voice in global affairs.

The Ministry of Foreign Affairs is responsible for conducting Kimmystan's foreign policy within the framework of the Kimmystanian Cabinet. Kimmystan prioritizes the promotion of its national interests, the protection of the rights of its citizens and diaspora abroad, maintaining relations with neighboring states, maintaining security and stability together with the other member states of the Union of Sovereign States, effective participation in the global economy with the maximum protection of national interests, and active participation in international organizations to foster international peace, security, and economic development.

The main resource of income is the export of expensive jewels and minerals, while furnitures, clothes and tobacco makes up the other important export goods from Kimmystan. Tourism is the main industry in the northern part and the stock exchange is located in Shortyearbyen, Gokk. In vestlig you find big ski resorts which is important for the country's tourist industry because people from all over the continent come here to go skiing and enjoy the snowy mountains.

The currency of Kimmystan is the Kimmi Kroner

In Kimmystan, all hospitals are funded by the public as part of the national budget. However, while medical treatment is free of charge for any person younger than the age of sixteen, residents who have reached adulthood must pay a deductible each year before becoming eligible for an exemption card. The card entitles one to free healthcare for the remainder of that year.

All public hospitals in Kimmystan are run by four Regional Health Authorities (RHA) overseen by the Kimmystanian Ministry of Health and Care Services. In addition to these public hospitals, there are a small number of privately owned health clinics currently operating in the biggest cities like Nordfjord or Huttiheita.

The Kimmy Airlines is the largest airline in Kimmystan.

Kimmystan has a total population of 14,563,456.00 people. 85 % of them are Kimmystanians and 12 % are immigrants. 3 % of the total population live in a then small region of Kimmi, where the ethnic group Kimmi live.

Education in Kimmystan is mandatory for all children aged 6–16. The school year in Kimmystan runs from mid August to late June the following year. The Christmas holiday from mid December to early January historically divides the Kimmystanian school year into two terms. Presently, the second term begins in the beginning of January.

Kimmystan qualified to both the men's and women's tournament

The Kimmystan national football team represents Kimmystan in association football and is governed by KIMMI Fåtbåll (KB), the governing body for football in Kimmystan. The men's and women's team competed in the 2016 Internatian Games where they both qualified to the semi finals.

They competed in the following sports:

The local broadcaster KTV airs and competes in all TV events that happens in both Interntia and Outernatia. Kimmystan joined the waiting list for the Internatia Song Contest in April 2015, and debuted in the 43rd edition held in Ankhesenamun, Noxus.

Kimmystan has won the following contests:

Kimmystan has hosted 15 different editions of the various events that takes place in Internatia and Outernatia. All of the 15 different host entries have achieved a top 10 placing, where one of them managed to win on home soil. This happened in the 17th edition of Outernatia Song Contest when Jesse & Joy won the contest with their song Ecos de Amor. They also went on to represent Tonallán in the Internatia Song Contest 51 with an English version of the same song where they finished 3rd.

Host cites by number of hosting