Hagelin
Location of the host city in Kimmystan.

On 2 March 2016, the Kimmystanian Broadcaster announced that it had chosen Hagelin as the host city for the contest.[1] The venue is the Hagelinskipet, which is shaped as a vikingship.

About The Host City[edit | edit source]

Vestlig is one of the 9 regions in Kimmystan, and is located in the midwest of Kimmystan. It's geography is characterized by the mountain Breilia, the river Glomma, large farm fields and a lot of forest. Glomma is the largest and longest river in Kimmystan, and it flows from Fjorden in north and south to the Vest-Goma region. The region is known for it's beautiful and stunning mountains and people often come to this area for mountain hiking during the spring-autumn. Outside of Hagelin you will also find the largest ski resort in Kimmystan where most Kimmystanians go to when they want to do some alpine skiing or just some cross country skiing. The highest mountain in the area is called Breilia and is approximately 2589 above sea level. In the northern part of the region you will find large fields and forests, and most of the citizens in the north work on farms or with forestry.

Hagelin is the capital of the Vestig region, located in the middle western part of Kimmystan. This is the first time that the city is hosting the Internatia Song Contest. 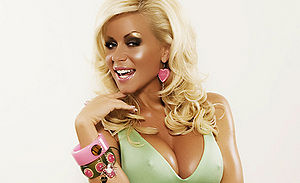 The hostess of the contest was the famous Lene Alexandra who is known for distinct and natural look, and her great vocal abilities. Her hit song My Boobs Are Okay peaked #1 on the Kimmystanian singles chart, and she has been touring all over Outernatia and Internatia.

The Semi-Final allocation draw will be done randomly by KTV on the 1st of April.

The current pots were calculated by the Sunettian broadcaster CSI and are as following: