Tikata, officially the Federal Kingdom of Tikata, is a sovereign state in North-East Internatia. Its mainland is bordered to the North by Cold Sea; to the West by Pebbleland; to the South by Bubblique and Hanzyuki; and to the East by Eriod and Tonallán. The Federal Kingdom of Tikata comprises Tikata and three autonomous constituent countries, Bahmadis, Frederisia & Asterdentis and Olomi. At 542,314 square kilometres (209,389 sq mi), with a population of 58 million inhabitants, it is the third largest country in Internatia.

Tikata is a democracy organized in the form of a parliamentary monarchy. It is a developed country with the eight largest economy in the world by nominal GDP, and very high living standards, including the fifth-highest quality of life index rating in the world, by 2011.

Its capital city is Madakia, an important global city and financial centre with the one of largest urban area in the Internatia. The current Tikatan monarch — since 16 May 1977 — is King Michael II. Tikata consists of eight states: Hulara, Madakia, Medaria, Morsa, Roberdio, Surmetia, Trumbia and Xanita. 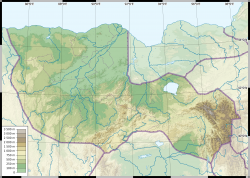 Most of Tikata has a temperate seasonal climate in which humid westerly winds predominate. The country is situated in between the oceanic and thecontinental Eastern Internatian climate. The climate is moderated by the North Ocean Drift. This warmer water affects the areas bordering the Sea; consequently in the northwest and the north the climate is oceanic. Tikata gets an average of 808 mm (32 in) precipitation per year. Rainfall occurs year-round, with no obligatory dry season. Winters are mild and summers tend to be warm, temperatures can exceed 30 °C (86 °F).

The east has a more wikipedia:continental climate; winters can be very cold and summers very warm, and longer dry periods can occur. Central and southern Tikata are transition regions which vary from moderately oceanic to continental. In addition to the maritime and continental climates that predominate over most of the country, the Mountain regions in the extreme south and, to a lesser degree, some areas of the Central Tikatan Uplands have a mountain climate, characterised by lower temperatures and greater precipitation.

Tikata is a federal, parliamentary, representative democratic monarchy. The Tikatan political system operates under a framework laid out in the Constitution from 1907. Amendments generally require a two-thirds majority of both chambers of parliament; the fundamental principles of the constitution, as expressed in the articles guaranteeing human dignity, the separation of powers, the federal structure, and the rule of law are valid in perpetuity.

Tikata has a hereditary monarch and a bicameral parliament. The executive branch consists of a Council of Ministers of Tikata presided over by the Prime Minister, nominated and appointed by the monarch and confirmed by the House of Representatives following legislative elections. By political custom, the king's nominees have all been from parties who maintain a plurality of seats in the House of Representatives. 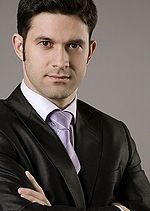 Composition of the Sendus
List of Parties:
Conservative Party
Together for Tikata
Left Union
Green Party

Since 1779, the Constitution of Tikata has limited the monarch to having only ceremonial and reserve powers. The monarchy is hereditary and monarch has a tenure for life.

Legislative power is vested in the Parliament, which is divided into two chambers, the directly-elected House of Representatives (Sendus) and the indirectly-elected Senate . Although majority approval from both chambers is needed to pass legislation, the Sendus is far more powerful, and has additional powers such as selecting the Prime Minister of Tikata.

The Sendus is elected every 4 years. The 377-seat chamber is elected directly through the single transferable vote system. The political makeup of the Senate is affected by changes in power in the states of Tikata, and thus by elections in each state. Each state delegation in the Senate is essentially a representation of the state government and reflects the political makeup of the ruling majority or plurality of each state legislature (including coalitions).

Following the most recent general election, the current prime minister is Lara Murendo-Pute of the Left Union, who leads a coalition between the LU and the Green Party. The government holds a majority of seats in Parliament.

A basic overview of the major party platforms on certain key issues of today. Note that two parties may have the same position for radically different reasons.

Tikata has a civil law system based on Roman law. The FCCOT (Federal Constitutional Court) is the Tikatan Supreme Court responsible for constitutional matters, with power of judicial review. Tikata's supreme court system is specialised: for civil and criminal cases, the highest court of appeal is the inquisitorial Federal Court of Justice, and for other affairs the courts are the Federal Labour Court, the Federal Social Court, the Federal Finance Court and the Federal Administrative Court. The International criminal code regulates the consequences of crimes against humanity, genocide and war crimes, and gives Tikatan courts universal jurisdiction in some circumstances.

Criminal and private laws are codified on the national level in the Penal Code and the Civil Code respectively. The Tikatan penal system is aimed towards rehabilitation of the criminal and the protection of the general public. Except for petty crimes, which are tried before a single professional judge, and serious political crimes, all charges are tried before mixed tribunals on which lay judges sit side by side with professional judges.

Tikata comprises eight states. Each state has its own state constitution and is largely autonomous in regard to its internal organization. 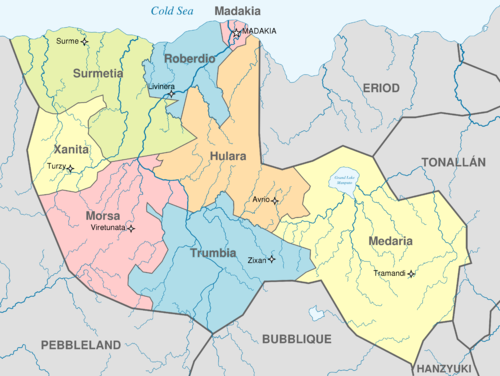 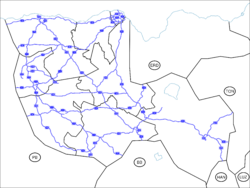 The railway network of Tikata, which stretches 34,473 kilometres (21,421 mi) is the most extensive in Eastern Internatia. It is operated by the TNR, and high-speed trains which travels at 320 km/h (199 mph) in commercial use. Rail connections exist to all other neighbouring countries in Internatia. Intra-urban connections are also well developed with both underground services and tramway services complementing bus services.

There are approximately 1,226,283 kilometres (761,977 mi) of serviceable roadway in Tikata, ranking it the one of most extensive network of the Internatia continent. The Madakia region is enveloped with the most dense network of roads and highways that connect it with virtually all parts of the country. Tikatan roads also handle substantial international traffic, connecting with cities in neighboring Eriod, Pebbleland, Bubblique, Hanzyuki and Tonallán. There is no annual registration fee or road tax; however, motorway usage is through tolls except in the vicinity of large communes. The new car market is dominated by domestic brands.

There are 275 airports in Tikata. Madakia-Alexander, Duke of Surmetia Airport located in the vicinity of Madakia is the largest and busiest airport in the country, handling the vast majority of popular and commercial traffic and connecting Madakia with virtually all major cities across the world. Air Tikata is the national carrier airline, although numerous private airline companies, like A+ Airlines provide domestic and international travel services. There are ten major ports in Tikata, the largest of which is in Grusse. The Journal of Commerce Online (via BDP International). 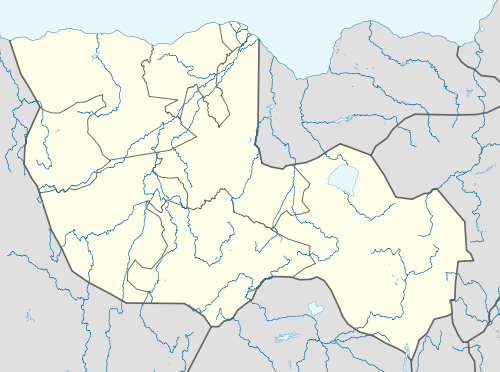 With an estimated population of 52.3 million people (as of 1 January 2013), Tikata is one of the most populous countries in East Internatia.

In 2003 the population of Tikata officially reached 50 million people, as recorded by the Tikatan Statistic Office (TSO). Tikata's population density, at 96/km² (248/sq mi), is higher than that of most Western Internatian countries and its distribution across the country is very unequal. With the exception of the region surrounding the capital, Madakia, the most populated areas lie on the west and south. The population of Tikata more than doubled since 1900, when it stood at 24.1 million, principally due to the spectacular demographic boom in the 1960s and early 1970s.

Native Tikatans make up 92% of the total population of Tikata. After the birth rate plunged in the 1980s and Tikata's population growth rate dropped, the population again trended upward, based initially on the return of many Tikatans who had emigrated to other Internatian countries during the 1970s, and more recently, fuelled by large numbers of immigrants who make up 5% of the population.

Tikata accepts about 90,000 legal immigrants each year. Country is the leading asylum destination in Eastern Internatia with an estimated 5,000 applications in 2010.

Substantial populations descended from Tikatan colonists and immigrants exist in other parts of the world, most notably in West Internatia. Beginning in the late 15th century, large numbers of Iberian colonists settled in South Internatia. They were joined by 200,000 in the next century. Between 1800 and 1940 it is estimated that nearly 2 millions Tikatans emigrated to the other parts of the world, especially to Xhanostania and Jindalea. Approximately one million Tikatans migrated to other Western Internatian countries between 1960 to 1975.

Immigration has been a major source of population growth and cultural change throughout much of the history of Tikata, and in recent centuries the country has been transformed from a nation of net emigration ending after 1920 to a nation of net immigration from 1940 onwards. The economic, social, and political aspects of immigration have caused controversy regarding ethnicity, economic benefits, jobs for non-immigrants, settlement patterns, impact on upward social mobility, crime, and voting behaviour.

There are no exact numbers on the ethnic background of migrants and their descendants in Tikata as the Tikatan government does not base any statistics on ethnicity. This is however not to be confused with the migrants' national backgrounds which are being recorded.

According to Interstat, in 2010, there were 2.63 million foreign-born residents in Tikata, corresponding to 5.1% of the total population.

In 2009, immigration reached its highest level since records began with 102,280 people emigrating to Tikata.

The largest groups of foreign born persons in the Tikatan civil registry in 2010 were:

According to Tikatan Statistic Office, including immigrants, Tikata has more than 55,000,000 inhabitants. After passage of new Immigration bill, government decided to organize mini census, which will take place in August and September 2013.[1]

Tikata is a secular country, and freedom of religion is a constitutional right. Tikatan religious policy is based on the concept of a strict separation of Church and State under which public life is kept completely secular. Tikata was historically regarded as most important country for the Roman Catholic Church. The Tikatan Federalization saw a radical shift in the status of the Church with the launch of a brutal de-Christianization.

Roman Catholicism has been the predominant religion in Tikata for more than a millennium, though it is not as actively practiced today as it once was. A survey by the Catholic newspaper Sign found that whilst in 1965, 74% of the Tikatans declared themselves to be Catholics, in 2009 this proportion was 37%. Moreover, whilst 25% of the Tikatans went to Mass once a week or more in 1950, only 12.5% did so in 2007; 10.7% attended Mass at least once a month. The same survey found that Protestants accounted for 4% of the population, an increase from previous surveys, and 8% adhered to other religions, with the remaining 51% stating that they had no religion.

Since 1953 the Tikatan government has followed the principle of laïcité, in which it is prohibited from recognising any specific right to a religious community (except for legacy statutes like that of military chaplains and the Local law. Instead, it merely recognises religious organisations, according to formal legal criteria that do not address religious doctrine. Conversely, religious organizations should refrain from intervening in policy-making.

Certain bodies of beliefs such as Scientology, Children of God, the Unification Church, or the Order of the Solar Temple are considered cults and therefore do not have the same status as religions in Tikata. Secte is considered a pejorative term in Tikata.