The United Islands of Sunetti is located in North-Eastern Internatia in between Dornatian Sea and the Elysion Sea. Sunetti's closest neighbours are Alexandria, Carpathia, Saint Eva & Lepland, and Irlandia. There are a total of 9 states in Sunetti.

Sunettians were reported to be one of the oldest living beings in Internatia, and one of the first ancestors of Stelettio, Dornata and Elysion. Modern Sunetti was unified in 1895, after the Sunettian Revolution changed the country for the better and created the idea of a Unitary Parliamentary Republic. Before the Revolution, Sunetti was under a strict communist government as the Democratic People's Republic of United Sunetti.

Today, Sunetti has the most powerful tourism industry in Internatia, serving over 224.13 million tourists annually. Sunetti's primary export is expensive pearls, which can be made into divine and unique goods. Sunetti is a leading architectural force in Internatia, with each building and landscape unique and culturally expressive. 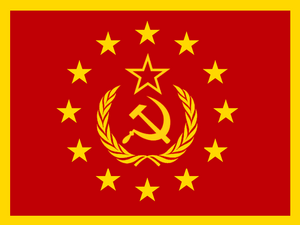 The DPR United Sunetti was a communist state that existed between 1795 and 1895. Mario Rusinicco was the DPR's first leader at the age of 18. Rusinicco created the concept of the "Golden Border of Unity". He believed that Sunettians were the most powerful race in the world and his main ambitions were to take control and unite Internatia. Citizens of DPR United Sunetti were given absolute human and equal rights, including gay rights which was heavily forbidden in most of Internatia at the time. The only exception was the prohibition of negative comments against the communist state. Mario managed to take control of Elysion and Dornata under his ruling of the nation.

After an attempt to overrule the Socialist Democratic Islands of Symphony in 1846, Mario Rusinicco appreciated the laws of equal rights in Symphony Isles. Mario ended up marrying Sanche Bananche, a male Symphonian local, at the age of 69. Mario was never seen again. Reporters believed that he retired his leadership and decided to spend the rest of his life in Symphony Isles. Josipa Titovan became the 2nd leader of DPR United Sunetti from 1847. During her period of power, there were discussions about a possible dissolution of the DPR United Sunetti.

In 1855, Josipa announced that the DPR United Sunetti's economy was stalled and that reorganisation was needed. Titovan soon realised that fixing the nation's economy would be nearly impossible without reforming political and social structures of the Communist nation. After a threat to invade the nation on horseback carriages from the Democratic People's Republic of Jindalea, Josipa ordered all Sunettians living in Dornata and Elysion to return to the main island of Stelettio. Most citizens arrived to Padure by ship, however over 2,500,000 Sunettians remained where they were. The 500,000 Sunettians living in Dornata renamed themselves as Dornata Italianos, whilst the 2,000,000 Sunettians living in Elysion were recognised as Elysion Rumanis.

Josipa Titovan died in 1894 after an assassination by a Sunettian in protest of the nation's declaration of free speech. Controversy soon began with thousands of people protesting in the streets of Padure for free speech. Nikolai Milosevic became the 3rd leader of DPR United Sunetti in 1895, where he declared a Revolution and dismissed United Sunetti as a Communist state.

The Sunettian revolutionary era began in 1895, When former leader Nikolai Milosevic announced that the Democratic People's Republic of United Sunetti was "heavily affecting Internatianal Relations". Without any source of government to control the nations, civil riots caused the land to be split into two territories; United Sunettia (Consisting of modern Rumani, Jugosa, Masiendo, Basicci and Rusinka), and Sunettian Isles (Consisting of modern Italiano, Euphori, Inglese and Altro).

On 9 July 1945, an estimated 1,873,000 Elysion Rumanis were kept prisoners during the Winterlune Civil War between 1945 and 1949, some of whom fled to their death. Although these refugees have been classed as political refugees there have been claims that they were also targeted due to their ethnic and cultural identity. Almost 1,000,000 Elysion Rumani's had sided with the attackers from Winterlune which in 1934 had expressed its intent to "fight for the national self-determination of the repressed Elysion Rumanis".

Sunetti and Winterlune have always been in disagreement about the Sun and the Moon. Thus, when a Solar or Lunar eclipse occurred, there was controversy between the two nations, resulting in mass protest and violence. The (at the time) newly seated Communist Party of Winterlune declared capture of all Elysion Rumanis residing in Winterlune during the 9 July Solar Eclipse in 1945.

On February 2013, the newly state of Alexandria took control over Winterlune. Mister Jay, the Prime Minister of Alexandria has voided the Winterlunian citizenship of the remaining 520,230 Elysion Rumanis, after a peace treaty agreement with Julius della Olivera.

28 March 2013 is a significant date for Sunetti as 520,000 Elysion Rumanis redeem themselves as Sunettian citizens once more. 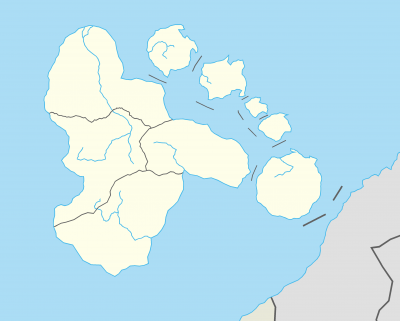 Immigration has been a major source of population growth and cultural change within the 21st Century. Ever since the fall of the Democratic People's Republic of United Sunetti in 1895, Sunetti has opened its borders to the rest of Internatia. The issue of economic, social, and political aspects of immigration was raised in 1912. The (at the time) Sunettian Labour Party made laws to allow cultural diversity in the nation without removing any Sunettian values.

The Sunettian Government has a database regarding immigration, including statistics and exact values of the current and past immigration population.

According to 2014 Interstat statistics, there are 1,863,342 million foreign-born residents in Sunetti, corresponding to 10.94% of the total population. The immigration level reached its highest in mid 2012, with 207,181 people emigrating to Sunetti. This was supposedly due to Sunetti winning the 2nd edition of the Internatia Song Contest.

The largest groups of foreign born persons in Sunetti according to 2013 Interstat statistics is:

Sunetti is known for its environmentally friendly values. Bikes can be ridden almost everywhere. This includes riding through the frozen waters to reach other islands during winter. Several boats are available to and from our islands, and even neighbouring countries. If flying is your desire, we have an updated version of the "Wright Flyer III" to ensure safety and enjoyment on your flight. Swimming and walking through our waters is also an option.

The National Selection for Sunetti is the Festa Della Sunetti, held by the national broadcaster, CSI (Channel of Sunettian Islands).