54 countries participated in the contest, which is 2nd highest number of participants, just after Internatia Song Contest 15.

The winner was Beige's "Crying For No Reason" performed by Katy B, who scored 201 points, while Dvipantara's "Chouwa Oto" performed by Kokia was the runner up with 158 points and the 3rd place went to Lost Islands's "Sadeness (Part 1)". 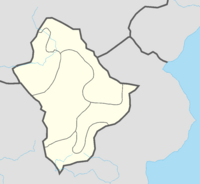 Śānti
Location of the host city in Kaledonii.

Kaledonii's first Internatia appearance was in 11th edition in Amor, Marvelia when they came 5thth. Prior to Kaledonii's win in ISC 18 that was their best placing in the contest. Kaledonii finished in Top 10 2 times in 7 participations.

Day after their win in ISC 18 in Rosetown, on 31 December 2013, RTK announced that contest will take place in Śānti, city located far in the south of country, nearly border with Fierce.

54 countries submitted preliminary applications. Ahraspen, Dvipantara, Leshia all entered the contest for the first time, Carpathia, San Monique & Spitzenbergen decided to return, while L.M Lažovi and Nicolas' Neigbour announced their withdrawals and the RTK announced the final lineup of 54 countries on 2 February 2014. 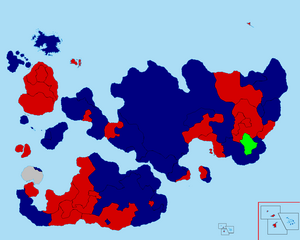