Haven, Pen Island and Rata Sum debuted in this edition, and Amsteris, Carpathia, Chruno and Spitzenbergen returned after a brief absence. 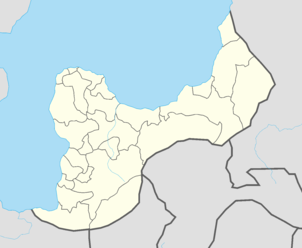 On 17 October, Yazminian President and YRTV head held a press conference where they announced the election of People's Palace, the venue which most capacity of the country, located in the country's capital, Liechgrado, as the hosting venue for ISC 17.

Due to Yazminian being located between the sea and a mountain chain and Yazmianian history of wars and expansion against neighbour countries, land access is difficult. Liechgrado can be accessible by highway and high speed train from Grolskira and DimkaRUS, and by national trains and national and regional roads from different points along the Yazminian border. Liechgrado also has an international airport.

Bidding direct decision by Yazminian goverment caused controversy, especially among authorities and people from other big cities and regions, which demanded a public process for the election of the venue. Opposition parties declared the process as "contrary to Yazminian and revolutionary values", but Yazminian President downplayed the issue labeling ISC as "just an event of many that are held in different parts of the nation" and declared that Yazminia must show their best face to the rest of Internatia and that it won't affect the revolution, on the contrary, putting Yazminia as example for the rest of Internatia and the World could lead to more revolutionary processes in other countries.

On 14 October, Marvelia announced their withdraw from ISC, with no official reasons given by ITV or Marvelian authorities. It's suspected by many political analysts that the reasons of Marvelian withdraw are due to the contest being held in Yazminia, following the late political tensions among both countries.

Whilst compiling the votes for the 1st semi-final, YRTV left out 12 points that had been awarded from Spirevo to Tashkveny. As a result, Tashkveny failed to qualify for the Final. Had the points been awarded, Tashkveny would have qualified, at the expense of Saint Eva & Lepland. It would take a whole 2 months for anybody to fully analyse the results and discover this. It is yet unknown if this was malicious on the part of YRTV or a genuine mistake. TBC, the Tashken broadcaster of the contest, has officially complained to the IBU over the matter[1] . 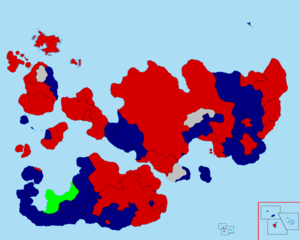 On 1 November 2013 YRTV published the official list of participating nations. 52 countries confirmed participation in Internatia Song Contest 17. Haven, Pen Island and Rata Sum debuted in the contest; Amsteris, Carpathia, Chruno, Nouvelle-Acadie and Spitzenbergen returned, while Harlequenia, Irlandia, Marvelia, San Remo and Sibinia decided to withdraw. The number of participants is higher than 50 for the second time in history (first being ISC 15).