Ponásikwa was supposed to be in Pot 5 but withdrew from this edition unexpectedly.

Ova Anova, was exempt from the draw. 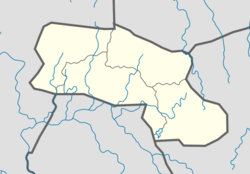 Nakatonka
Location of the host city in Ova Anova.