Siegeslinde is a riverside port city on the northeast of the Frónçir region of Spirevo. The 2012 Census recorded 820,489 people in the city, making it the 2nd largest city in Metropolitan Spirevo behind Zinzolin and the 18th largest in Spirevo as a whole. Siegeslinde is one of the most ethnically and linguistically diverse cities in Spirevo; 47% of its residents do not speak Spirevan (Eskavaliera's main language) as their first language. The original settlement, named Brockway, grew around the Roberton tavern and a small port, both established in in the 1400s. Enlarging to become the townsite of Bucholitzer, with the announcement that the railhead would reach the site it was renamed "Siegeslinde" and incorporated as a city in 1686. By 1687, the Spirevan Railway was extended to the city to take advantage of its large natural riverport, which soon became a vital link in a trade route between the Pebbleland, Beige, and the rest of Spirevo. As of 2009, Port Siegeslinde is the busiest and largest river port in Internatia. While forestry remains its largest industry, Siegeslinde is well known as an urban center surrounded by nature, making tourism its second-largest industry. Major film production studios in Siegeslinde have turned Metro Siegeslinde into one of the largest film production centers in eastern Internatia.

For more than a decade, business magazine assessments have ranked Siegeslinde as one of the most liveable cities worldwide, and the Economist Intelligence Unit acknowledged it as the first city to rank among the top-ten of the world's most livable cities for five consecutive years. Siegeslinde has hosted many international conferences and events, including the 1954 Internatian Games, The Spirevan Tennis League, and the Internatia Song Contest in 2013. The 2010 Winter Olympics and 2010 Winter Paralympics were held in Siegeslinde and nearby Goldcoggs, a ski resort community north of the city.

The census recorded more than 800,000 people in the city, making it the 2nd largest among Metropolitan Spirevan cities. Since the 1980s, immigration has dramatically increased, making the city more ethnically and linguistically diverse; 47% do not speak Spirevan as their first language. About 30% of the city's inhabitants are of Irdminian, Pebblelander or Tikatan heritage, as well as about 12% having roots in Beige, Kosma, the Symphony Isles and St Eva & Lepland.

Siegeslinde is one of the nation's largest industrial centres. Port Siegeslinde, Spirevo's largest and most diversified, does more than 75 billion Spirevan Hazells in trade with over 60 different economies annually. Port activities generate 10.5 billion SPH in gross domestic product and 22 billion SPH in economic output. Siegeslinde is also the headquarters of forest product and mining companies. In recent years, Siegeslinde has become an increasingly important centre for software development, biotechnology, aerospace, video game development, animation studios and a vibrant television production and film industry.

Siegeslinde's scenic location makes it a major tourist destination. Many visit to see the city's gardens, Saltpater Park, Ordnarza Park, Martalegs Memorial Park and the mountains, rivers, forest and parklands which surround the city. Each year over a million people pass Siegeslinde on river cruise vacations, often bound for places in Pebbleland or southern Spirevo.

Siegeslinde operates the Siegeslinde Police Department, with a strength of 1,174 sworn members and an operating budget of 149 million SPH in 2005.

The Siegeslinde Police Department's operational divisions include a bicycle squad, a marine squad, and a dog squad. It also has a mounted squad, used primarily to patrol the city's gardens and east side, as well as for crowd control.

As of 2008, Siegeslinde had the seventh highest crime rate in Spirevo, dropping 3 spots since 2005, among Spirevo's census metropolitan areas. Siegeslinde's property crime rate is particularly high, ranking among the highest for major East Internatian cities. But even property crime dropped 10.5% between 2004 and 2005. For 2006, Metro Siegeslinde had the highest rate of gun-related crime of any region in Spirevo, with 8.3 violent offences involving guns for every 100,000 people in Metro Siegeslinde, above the national average of 3.1. 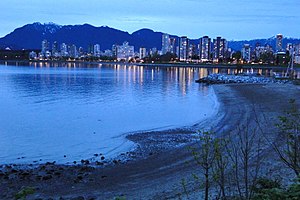 Anston Riverside Beach is one of Siegeslinde's many beaches

Siegeslinde is one of the wettest Spirevan cities, however, precipitation varies throughout the metropolitan area. The highest temperature ever recorded at the airport was 34.4°C set on July 30, 2009. On average, snow falls on 44 days per year.