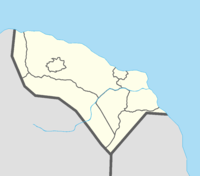 Pensa
Location of the host city in Anselmsuusonia.

Anselmsuusonia's first Internatia appearance was in 2nd edition in Zinzolin, Spirevo when they came 8th. Since their debut Anselmsuusonia missed two contests (ISC 4 and ISC 5. Prior to Anselmsuusonia's win in ISC 14 their best placing was 4th in ISC 7.

Pensa, capital and largest city of Anselmsuusonia was chosen as host city of this edition. With more than half million residents. Pensa is a political, cultural and economical center of country. 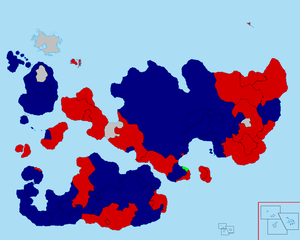 On 30 September 2013 it was announced that 49 countries confirmed participation in Internatia Song Contest 14. Amsteris, Carpathia, Chruno, Fervorosia, Nouvelle-Acadie and Spitzenbergen announced their withdraw. For the first time in history of ISC, no country debuted in competition.

Draw and Semi allocations was decided on 1 October 2013, when 48 countries were divided in to two semi-finals.

Two semi-finals consisted 24 countries each. The top 12 songs qualified for the final, and a 13th was determined by the juries (countries from other semi). Twenty-seven songs competed in the final.

Semi-final results were announced on 15 October 2013.