The contest was won by group The Romanovs from Harlequenia with the song "White Flag", which earned a total of 117 points, 4 more than runner up, Spirevo, they were followed by San Monique which reached the 3rd place. Sockistan achived it best result in the contest ending 4th, and the only debuting country, Kaledonii reached 5th place. 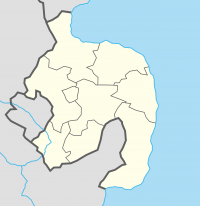 Amor
Location of the host city in Marvelia.

Marvelia's first Internatia appearance was in 8th edition in Violetta, Symphony Isles, when they failed to qualify to the final, but in the next edition, On 23 March 2013 in Saint Eva & Lepland, Marvelia won the 9th contest with "Archangel" sung by Two Steps From Hell, it was first instrumental song tha ever won Internatia Song Contest. Amor, the capital and largest city of Marvelia, was named the host city for the contest. It is located in the center of the country. Amor is one of the most important cities in Cordvern. It's also the biggest City that hosted ISC to date. Amor Palace was chosen as a venue for the contest. 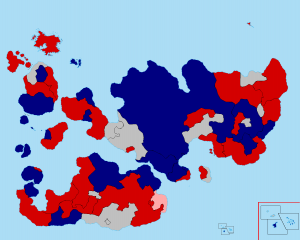 43 countries confirmed participation in Internatia Song Contest 11. Kaledonii debuted in the contest, while Dinokratys & Shrikidai, Kwonia, St. Olaf, Swelatie and Thorway decided to withdraw. Dinokratys & Shrikidai withdrew due political problems in the country, Swelatie because of financial problems and St. Olaf due to political turmoil. The reasons of withdraws of other two countries are unknown.

Draw and Semi allocations was decided on 28 April 2013 in City Hall in Amor. 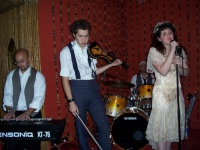 The Romanovs, winners of ISC 11.

The order in which each country announced their votes was determined by host country and announced just before Final result started.