The Internatia Song Contest 10 was the tenth annual edition of Internatia Song Contest. The contest take place in Pixopolis, Bitland, hosted by the national broadcaster BIT, following The Bird and the Bee's win in the 8th contest with the song "Love Letter to Japan". Due unexpected circumstances, Final results were announced on 15 May 2013 in Esonáth, Lost Islands.

The contest was won by group Luar na Lubre from Novatlantida with the song "Romeiro Ao Lonxe", which earned a total of 143 points - second highest in contest history), placing it in the top spot. Dulcet Ebullience finished in second place, with debuting Monteverde finishing in third. They were followed by Alexandria, which reached the 4th place and Canedonia which finished in 5th place. All countries in TOP 6 achieved their best results in the contest.[1] 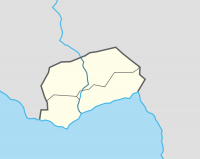 Bitland's first Internatia appearance was in 7th edition, and in the next edition, On 14 February 2013, Bitland won the 8th contest with "Love Letter to Japan" sung by The Bird and the Bee. Pixopolis, the capital and largest city of Bitland, was named the host city for the contest. It is located on the southern part of the country, near the Tashken Sea. Officially, about 25 percent of all inhabitants of the country live in the metropolitan city area of Pixopolis. 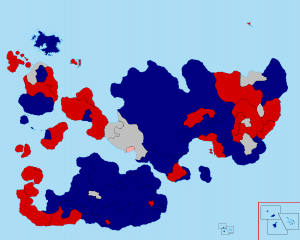 Due unstable situation in the country, which occured in the late April 2013, BIT was unable to announce the results of the contest. On a speciall meeting on 1 May 2013, it was decided that results will be announced in Lost Islands.[2] The final show took place in Esonáth on 15 May 2013.

Full results of both semi-finals became revealed on 20 March 2015 after person who used to own Bitland posted them out.[3] 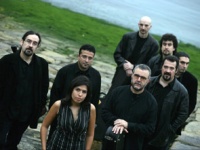 Five points are missing in Volnytaria's vote: these 5 points go to a qualified country (brtzknf: "Got 7 out 10").