The winner of 15th edition was Yazminia with the song "Pożegnanie małego wojownika" sung by Czesław Śpiewa, which scored 166 points, beating Chruno with a margin of 12 points. Chruno finished 2nd for second time in a row. Debuting nation, Fierce finished in third place and Hanzyuki in fourth, while Lacrea finished in fifth place. DimkaRUS finished tenth in their first participation in a final since 9th edition, achieving their second best result in history. A reported 150 million people watched the semifinals and final of the 15th edition.

For more details on the host city, see Tramandi.

On 17 August 2013, the Tikatan broadcaster Royal Tikatan Radio Television (RTRT) announced that Noor Arena in Tramandi would be the host venue for the 15th Internatia Song Contest. This would be the first time that the competition would be held in Tikata.[3]

RTRT had expressed the desire to host the contest in a smaller city and in the medium venue. This were factors in the choice of Noor Arena as the host venue, and Tramandi, 7th largest city in Tikata. 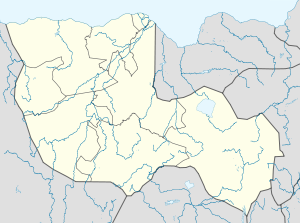 Dilmoff
Locations of the candidate cities (Unsuccessful cities are marked with blue dots).

Tikatas's first Internatia appearance was in 2nd edition in Zinzolin, Spirevo when they came 12th. Prior to Tikata's win in ISC 13 theire best placing was 4th in ISC 3 and ISC 9. Tikata finished in Top 10 seven times in 12 participations, Tikata is also one of three countries that always qualify to final of ISC since it implementation (other being Kosma and Sunetti).

Five cities have been considered as host city of the contest, including three state capitals: Surme, Tramandi and Zixan. The Surme Arena, Which hosted Internatia Second Chance Contest 1 was the first venue to join the bidding phase. Surmian bid is supported by neighbor City of Grusse.

On 4 August 2013 City Council of Royal City of Madakia, capital of Tikata, rejected a proposed bid. Madakian mayor, Oscar Pande praised the decision and described Internatia Song Contest as "unimportant and too expensive event". Decision was criticized by national politicians, Prime Minister of Tikata called it "a pure political decision". According to recent poll, 77% of Madakians supported the idea of bid.

Tikatan Minister of Culture confirmed on 3 August 2013 that RTRT and future host city will have full support of government, and that national broadcaster will receive additional funding.

Tramandi was announced as host city on 17 August 2013. 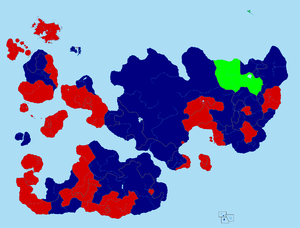 KBC, Kosmanaut Broadcaster submitted official complain, about the way Kosma and Tonallán were separated in semis. KBC argued that Tonallán should compete in Semi-final 1. No other broadcaster complained about the draw show, so RTRT rejected Kosmanaut complain.

Several broadcasters expressed their concerns about big number of participating countries in both semi-finals. For the first time since introduction of semi-finals, chance of qualifying is below 50%, and stands at 44%. RTRT decided to call a special meeting to discuss the matter.

On 5 September RTRT proposed, and implemented a change in rules (that is suppose to be only for this edition of contest). It was decided that additional country will qualify from both semi-finals. 13th qualifier will be highest rated song in ranking of jury, outside TOP 12 of semi.

Some broadcaster expressed their concerns about this rule, but majority supported decision of RTRT.

National broadcasters had time till 1 September 2013 to confirm their participation. Draw and Semi allocations was decided on the same day in City Hall in Tramandi, when 54 countries were divided in to two semi-finals. Tikata draw in the final was also decided.

Two semi-finals consisted 27 countries each. The top 12 songs qualified for the final, and a 13th was determined by the juries (countries from other semi). Twenty-seven songs competed in the final. 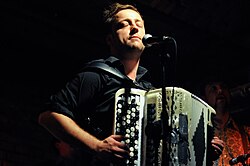 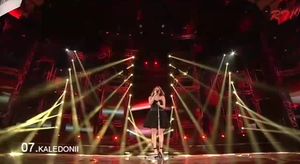 The order in which each country announced their votes was determined by host country and announced day before Final result started.