On May 2013, NATV announced that the competition will be held on the Platon Arena in Platonia, the capital of Novatlantida. Platonia is a highly developed city, being the biggest settlement in the island of Elysion, with a population of nearly 2 million people in its metropolitan area. The Platon Arena is the country's biggest stadium and used for the most prestigious concerts and shows. 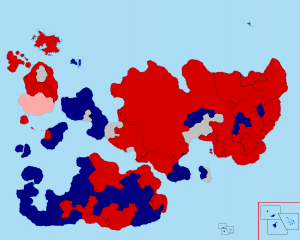 The pots were as follows: